One would not expect to find an enclave of Welsh speaking people in Argentina, but there is one. And they produced a cinderella to commemorate the founding of their colony which has been confounding collectors for nearly forty years.

In 1865, a group of Welsh people grew tired of the English domination of their land and peoples. Led by the Reverend Michael Jones, this group took their ship, the Mimosa, and sailed to what became Port Madryn in Argentina. The group of about 150 people wished to find vacant land to occupy where they could preserve their culture and avoid the economic oppression they felt in Wales. 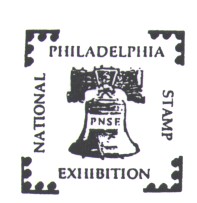 The first years were difficult with the settlers living in caves or pits dug into the ground, but they persevered until the building of the Patagonian Railway in 1886, which precipitated the expansion of the settlement. In 1965, their descendants issued a commemorative label to honor the centennial of the colony's founding.

Since the inscription "Post Cymru" (Welsh Post) occurs at both the right and left sides of the stamp, it is easily mistaken for a regional postal issue. Done in green with black, the stamps were issued in rouletted sheets of 50. "Cwladfa Patagonia" (Colony of Patagonia) appears at the top right above a vignette of a black sailing ship approaching green cliffs. At the bottom, in black, is the inscription "Mimosa, Porth Madryn, 28 VII '65", indicating the date in July, 1865, that the colonists arrived

Wales is not an area that was responsible for many cinderellas. Nor, for that matter, is Argentina. But this stamp has appeal to collectors of both areas and gives us bit of history and adventure, too. It's hard to ask more of a small piece of paper.

This column first appeared in Scott Stamp Monthly and has been edited for online presentation.
This page was last updated July 5, 2016.
Copyright © 1997-2016 by Rigastamps.All rights reserved.